Recent celebrity cases illustrate the importantance of naming a guardian for minor children and having an updated estate plan in place. 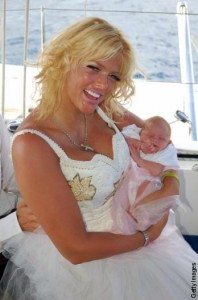 When Playboy playmate Anna Nicole Smith died of a drug overdose, her Will contained a provision leaving everything to her son Daniel, who had died the year before, also of a drug overdose. The Will contained an unusual provision disinheriting all other children, including future born children. Days before the death of her son, Anna gave birth to a daughter, Dannielynn Hope Marshall Stern, who would have by the terms of the Will received nothing from her estate. The Will also contained no guardianship provisions for her daughter, who was the subject of a paternity suit between Howard K. Stern, Anna’s longtime friend and legal advisor, and celebrity photographer, Larry Birkhead. Dannielynn was also the subject of contested guardianship proceedings between Mr. Stern, Mr. Birkhead and Anna’s mother, Virgie Arthur. In April of 2007, a Bahamian judge declared Larry Birkhead to be Dannielynn’s father and awarded him custody. They now live in Louisville, Kentucky. At age six, Dannielynn appears to be following in her mother’s footsteps, recently modeling for Guess Kids ads. In June of 2011, the U.S. Supreme Court ruled that Anna was not an heir to estate of her billionaire husband, J. Howard Marshall, so all the speculation that Dannielynn might be a very rich lady one day has faded. All in all, a fairly tragic story for all involved.

In December of 2012, football fans were shocked to hear of the murder of Kasandra Perkins by Kansas City Chiefs linebacker, Jovan Belcher. After shooting the mother of his daughter, Belcher committed suicide at Arrowhead Stadium in front of the team’s general manager and his linebacker coach. The death of Perkins and Belcher left their four month old child, Zoey, the subject of a guardianship dispute between Cheryl Shepherd, Zoey’s paternal grandmother, and her maternal grandparents, Rebecca Anne Gonzalez and Darryl Perkins.

Shortly after the shooting, Ms. Shepherd signed a temporary custody agreement with Gonzalez and Perkins, so that the maternal grandparents could take Zoey to Texas for her mother’s funeral. Since then, Gonzalez and Perkins have refused to return Zoey to Missouri and she continues to be cared for by various relatives in Texas. Shepherd filed a petition for guardianship of Zoey in Missouri. Gonzalez and Perkins filed a similar guardianship petition in Texas. In January, the judges for both cases held a telephone conference and it was agreed that the proper venue for the guardianship battle was before the Missouri court, where Zoey’s parents (and therefore Zoey) resided. Many legal scholars have commented that the temporary custody agreement agreed to by Shepherd significantly hurts her guardianship case going forward. Other scholars believe the agreement will have little effect on the outcome of the lawsuit, given that the agreement was signed during a very stressful time period and Shepherd maintains she only wanted for the baby to attend her mother’s funeral.

Significant money is at stake in this case, as Zoey will eventually receive a $600,000 life insurance death benefit, more than $800,000 in payments from the NFL, a $100,000 retirement fund, money from a trust funded by the Hunt family (owners of the Kansas City Chiefs), coaches and players of the Kansas City Chiefs and contributions from the public, as well as whatever else her parents owned.

This battle of who will have custody of Zoey as well as control of her inheritance until she reaches age eighteen is due, at least in part, to Belcher and Perkins failing to designate a guardian for Zoey. It will now be necessary for the court to designate Zoey’s guardian, based on what the judge determines to be in her best interest. It might even be determined that it is in Zoey’s best interest for neither her maternal or paternal grandparents to serve as her guardian. 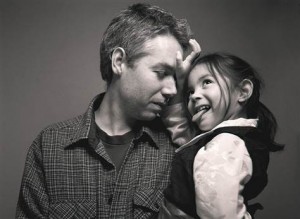 Adam Yauch, also known as MCA, died in 2012 at the age of forty-seven after a three year battle with cancer. He was the co-founder of the hip-hop band, the Beastie Boys. It appears from his 2001 Will, filed in the New York City Surrogate’s Court after his death, that he and his wife, Dechen, could not agree on who should serve as guardian of their fourteen year old daughter, Tenzin Losel. The Will contains an interesting provision that should Dechen be unavailable to care for their daughter upon Adam’s death, the guardian of Tenzin would depend of the year of his death. If Adam died in a year with an even number (he died in 2012), his parents, Noel and Frances Yauch, would serve as co-guardian for his daughter. If they were both unavailable to serve as guardian, he designated Dechen’s parents, Sonam and Chuki Gangdum, as the back-up co-guardians. However, if Adam died in an odd year, Dechen’s parents were designated as the primary co-guardians, with his parents to serve as back-ups.

The Importance of Nominating a Guardian

The designation of a guardian for minor children is an important part of comprehensive estate plan. There should also be provisions in the parents’ Wills or trust(s) to provide for management of the child’s inheritance. It is possible, perhaps likely, that Danniellynn, Zoey and Tenzin will not have the maturity to manage their inheritances in the future. A properly drafted revocable living trust could provide for continuing supervision over the child’s inheritance until he or she reaches a designated age or has demonstrated sufficient maturity to be able to handle the funds. Besides Wills (which include guardian nominations if there are minor children) and a trust, a comprehensive estate plan would include a trust certification, a general assignment of property to the trust, a power of attorney for property for each parent, an advance health care directive for each parent and a HIPAA Pre-Authorization Form for each parent. In some cases, a community property agreement would also be part of a comprehensive estate plan.

Our estate planning, tax and elder law firm focuses on estate planning and administration for clients of all levels of wealth. We also offer trust administration, probate and conservatorship services. Your clients can get more information about a complimentary review of their situation at our Riverside law office by calling 951-888-1460 or by filling out our online form.

Latest posts by Megan (see all)

Friday by appointment only 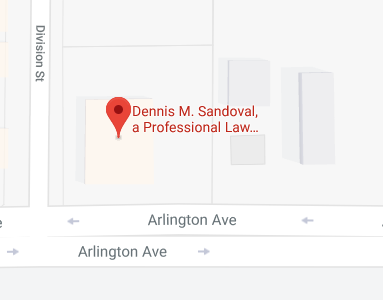